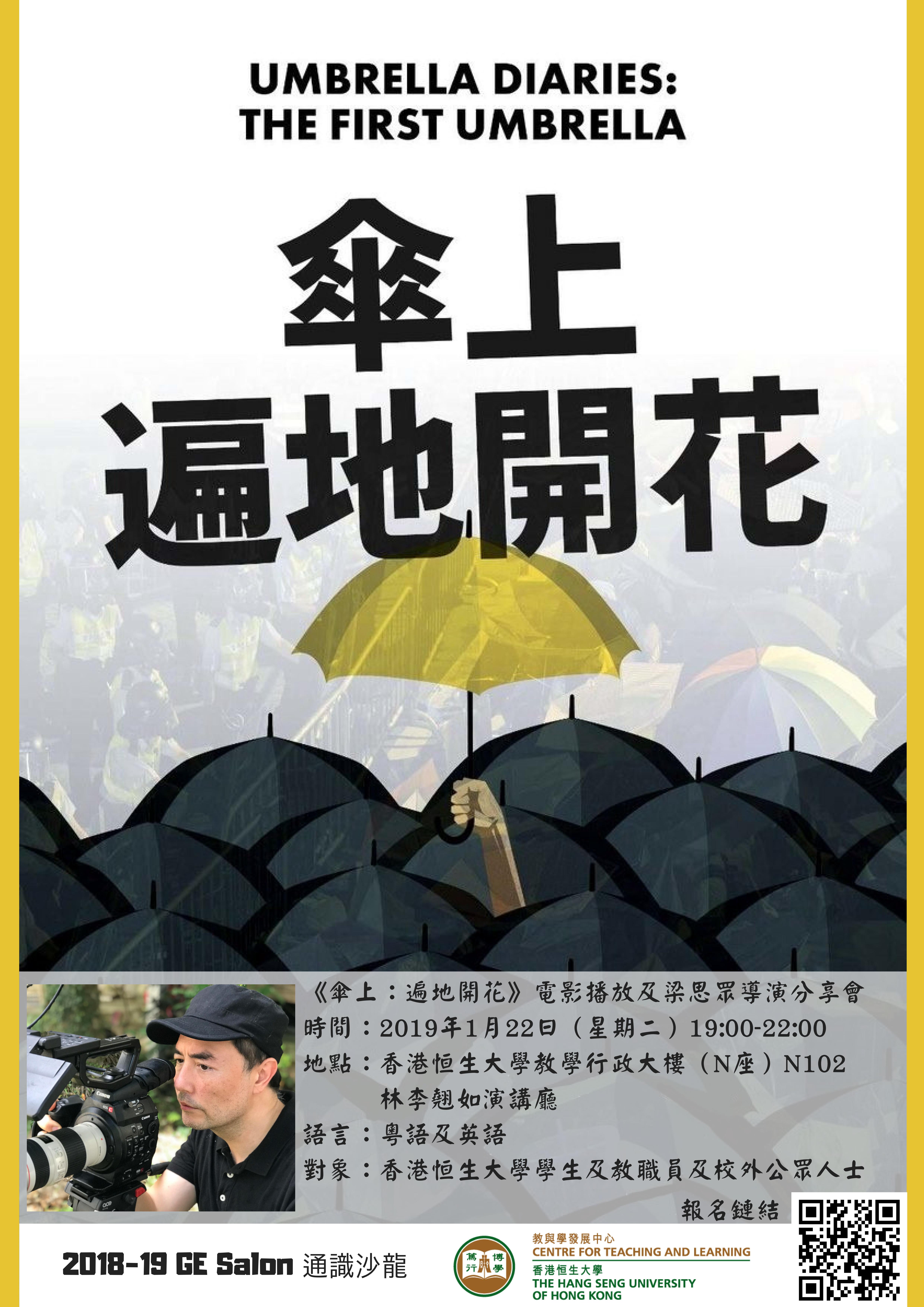 Organized by Centre for Teaching and Learning (CTL) 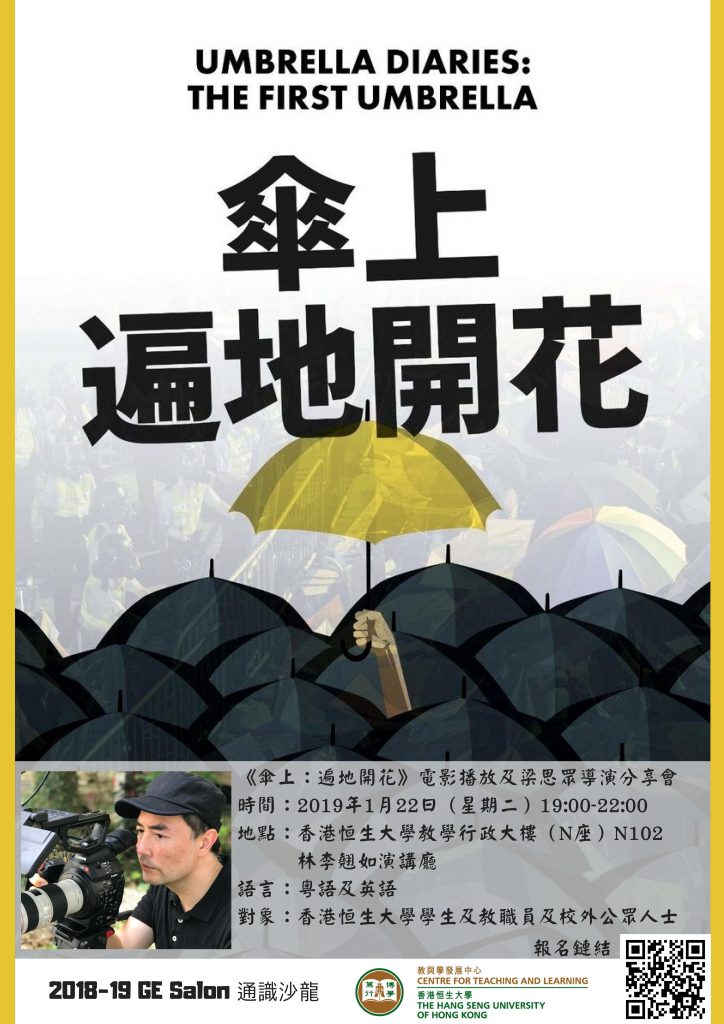 “Umbrella Diaries: The First Umbrella” records every detail of the Umbrella Movement happened in 2014 from the first-person perspective. It puts us at the heart of the action, allowing viewers to experience the highs and lows of that remarkable summer, when Hong Kong witnessed a “blossoming of democracy”. This documentary has been nominated for Best Feature Documentary at the 55th Golden Horse Awards.

James Leong’s documentaries have screened at festivals such as “Wukan: The Flame of Democracy” filmed in 2013 and Homeless FC in 2006. They were both awarded Best Feature at the Freedom Film Festival at the Chinese Documentary Festival.

*Three ECA hours will be granted to participating students.